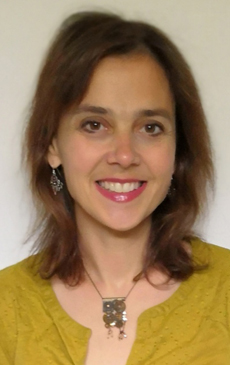 Elizabeth's PGCAP dissertation researched gender differences in tutorial and seminar participation. Her pedagogic interests include emotion in learning, law and psychology and epistemology.

Elizabeth teaches on the following modules:

Elizabeth read cognitive neurosciences at the University of Oxford as her undergraduate degree (BA (Joint Hons) Psychology & Physiology). Her dissertation researched the prevalence of dieting in school-age children and she was awarded first prize for an article submitted to the European Eating Disorders Review (Errington, E. "What Information would be Important to Give to the Family of an Individual with Bulimia Or Anorexia Nervosa?", European Eating Disorders Review, vol. 2/no. 3, (1994), pp. 168–172.)

She undertook a postgraduate Diploma in Law and trained as a barrister. She was called to the Bar in 2000.

During her legal training she was a scholar of The Honourable Society of the Middle Temple and won first place in The Times Law Award, in conjunction with 1 Essex Court (Errington, Elizabeth. "The Lions Start to Roar; Law", The Times (London, England),1997, pp. 41.)

During Elizabeth's tenancy at common law chambers in Gray's Inn Square she was awarded a year's secondment to the House of Lords to work as a judicial assistant to the Law Lords (now the Supreme Court). She has also worked as a lawyer in central government dealing with public law and human rights litigation.