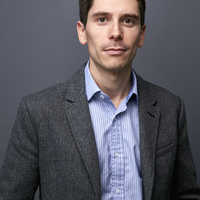 Co-Chair of the Law, Justice and Society Research Group

My research interests fall within the field of Media Law. Specifically, I am fascinated by:

My research is comparative and theoretical in nature. It draws on scholarship and jurisprudence from a number of jurisdictions, including the United States and Australia, and is heavily influenced by free speech theory, privacy theory, legal theory, regulatory theory and political and moral philosophy.

I welcome expressions of interest for prospective PhD students in my areas of interest, and the field of Media Law more broadly.

I am an Associate Professor in Law specialising in Media Law and Criminal Law. I have been a member of the Law School since September 2019. Prior to this, I was a practising barrister specialising in privacy, defamation and reputation management, having been Called to Bar by Lincoln's Inn in 2007 as a Lord Denning Scholar and Hardwicke Entrance Scholar. I have also held a Senior Lectureship in Law at Aston University, where I taught Media Law and Criminal Law. Whilst at Aston I held a number of academic management and administrative positions relating to research and teaching, including the LLB Course Directorship from 2014 to 2017, and managing the Law School's employability initiatives.

My primary research interests are: (i) citizen journalism's impact on free speech, media freedom and regulation, and the concepts of privacy and reputation; (ii) defamation, including the protection of corporate reputation; (iii) media power and plurality, the role the media plays within society and its impact on democracy. My work in these areas has been published in leading journals such as Legal Studies, the University of Melbourne's Media & Arts Law Review, the Journal of Business Law and Northern Ireland Legal Quarterly, amongst others, and my monograph, Media Freedom in the Age Citizen Journalism, was published by Edward Elgar Publishing in 2021. I am also the co-editor, with Professor Paul Wragg, of Landmark Cases in Privacy Law, which will be published by Hart Publishing in 2022. In addition, I regularly write for practitioner and media outlets, such as Inforrm, and I am often invited to speak to the media, at international conferences, and to give guest lectures to academics, non-academics and policy makers.

In 2022, my research led to me being appointed by the Council of Europe as an independent expert member of the Council’s Expert Committee on Strategic Lawsuits against Public Participation. In 2021 I was invited to join the Institute of Advanced Legal Studies and Information Law and Policy Centre as an Associate Research Fellow, having been a Research Associate at the ILPC since 2018. In 2020 I was appointed as an Advisor to the University of East London's Online Harms and Cyber Crime Unit. My work on citizen journalism, media freedom and press regulation led to me helping to set up, and lead, an IMPRESS Advisory Group to provide expert guidance to the press regulator on the creation and operation of a new regulatory scheme for traditional and new and emerging news publishers. And, in 2021 I was invited to join the IMPRESS Code Committee to support its review of its Standards Code for journalists. Consequently, between October 2021 and January 2022 I was engaged by IMPRESS to re-draft its Standards Code and Guidance.  During 2021-2022, upon invitation from the  International Academy of Comparative Law and British Association of Comparative Law, I am acting as the United Kingdom’s National Rapporteur on ‘Freedom of Speech and the Regulation of Fake News’.

Since August 2019 I have been Editor-in-Chief of Communications Law, one of the leading specialist journals devoted to media and technology law. I am also the author of the 'In Brief' section of the journal. Prior to taking over the Editorship of the journal I was a member of its Editorial Board. I also sit on the International Editorial Boards of In Medias Res and the International Journal of Communication and New Technologies Law. Additionally, I am an Academic Associate Member of East Anglian Chambers and a Senior Fellow of the Higher Education Academy. From 2017 to 2020 I was a member of the Executive Committee of the Society of Legal Scholars, and in 2020 I became the Convenor of the Society’s Media and Communications Law subject section. In addition to these external research leadership responsibilities, I also fulfil a number of research leadership roles at the University. These include being the Deputy Research Division Leader, the School of Law’s Research Communications Lead, and the Co-Chair of the Law, Justice and Society Research Group.